My name is Ovni Mufon.

I'm a Canadian citizen living in Belize. I've discovered and perfected a way to make baked goods expand immensely in size.
In September 2016 I expanded a bagel to a diameter of  11' and brought it
back to the present (August 2015). The bagel is now perfectly round and has
taken on a highly reflective glazed appearance.
On September 4th 2015 using a fleet of RC helicopters I and four associates plan to fly the bagel from  an undisclosed location to Stan Wadlow Park in East
York where we will cause it to hover over the centre of the park at an altitude
of 70' to honour the birthday of D'Arcy J.M. Cain, a true pioneer and expert of the Internet, We do not plan to have the bagel hover for more than 1 min. 40 sec., just long enough for Carol Cain to record the event with her excellent Canon digital camera.
After moving the bagel and covering it with Canada's fourth-largest tarpaulin,
we will proceed to a secure indoor location to co-host The Great Birthday Party.
Yummies will include an ice cream cake, sweet pickled tiny onions and
normal sized bagels containing cream cheese 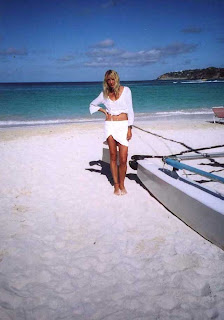