...but sharpened flint can SHRED paper!  Heh,heh,heh!
Posted by vanleer at 5:13 PM No comments: 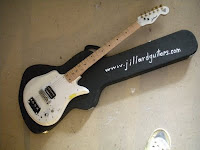 Knights of the Sound Table: Get Up! 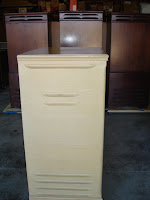 Fax & Falsies, uh, I mean,
FACTS and FALLACIES about (the) Soul Instigators:
The band does NOT tour in a Cadillac ambulance. ~~ (Some members of) the band own many Peavey amps and speakers. ~~ The band does NOT mic a tambourine through a Leslie. ~~ The band STILL has no female vocalist. ~~ Lee Van Leer does NOT raise chickens on an apartment balcony. ~~ cursor: pointer; cursor:hand;width; Wha? ~~ The band has NEVER performed south of Hwy. #5 (Danforth Ave.),
though Van Leer did, once. The band did NOT release a single called "On The Qwerty".
Posted by vanleer at 12:21 PM No comments:

Waitaminit! Could this be...

OMG, it surely looks like... (Sunonthebeach!!)
Posted by vanleer at 7:47 AM No comments:

Labels: In winter, see her in her thigh-high boots.

WHY! didn't SHOTGUN MESSIAH rise to the top...